This browser is no longer supported. Upgrade to Microsoft Edge or switch to a supported browser, like Chrome, Safari, or Firefox, to explore the MW Components website.

We're sorry for the inconvenience.

External Thread: An external thread is a thread on the outside of a member.

Internal Thread: An internal thread is a thread on the inside of a member.

Pitch: The distance from a point on a screw thread to a corresponding point on the next thread measured parallel to the axis.

The pitch in inches: 1 divided by the Number of threads per inch 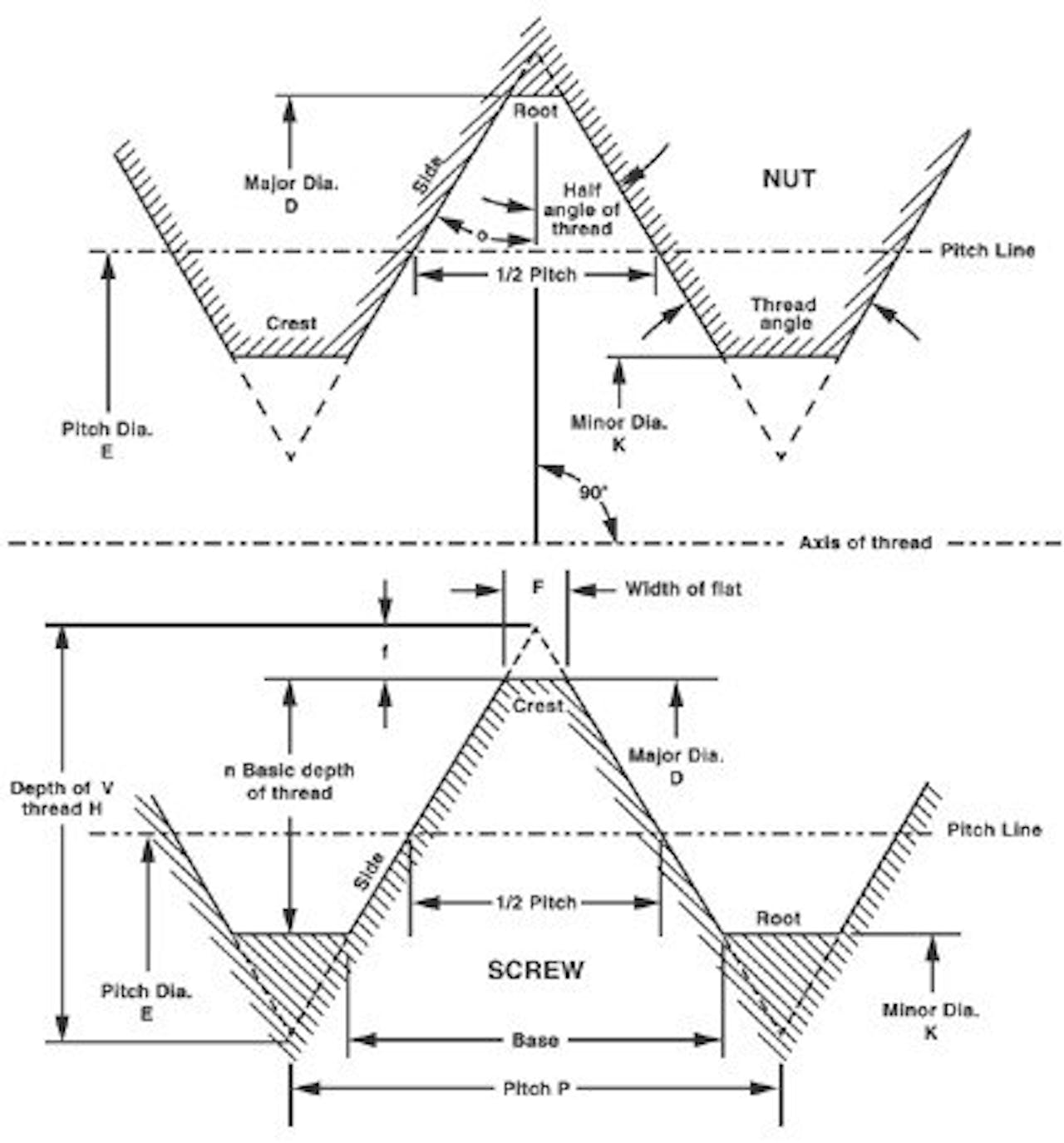 Angle of Thread: The angle included between the sides of the thread measured in an axial plane.

Helix Angle: The angle made by the helix, or conical spiral, of the thread at a pitch diameter with a plane perpendicular to the axis.

Side or Flank: The surface of the thread which connects the crest with the root.

Axis of a Screw: The longitudinal central line through the screw.

Base of Thread: The bottom section of the thread; the greatest section between the two adjacent roots.

Depth of Thread: The distance between the crest and the base of the thread measured normal to the axis.

Number of Threads: The number of threads in one inch of length.

Pitch Line: An element of the imaginary cylinder or cone specified under “Pitch Diameter”.

Thickness of Thread: The distance between the adjacent sides of the thread measured along or parallel to the pitch line.

Mean Area: The term “mean area of a screw,” when used in specifications and for other purposes, designates the cross-sectional area computed from the mean of the basic pitch and minor diameters. 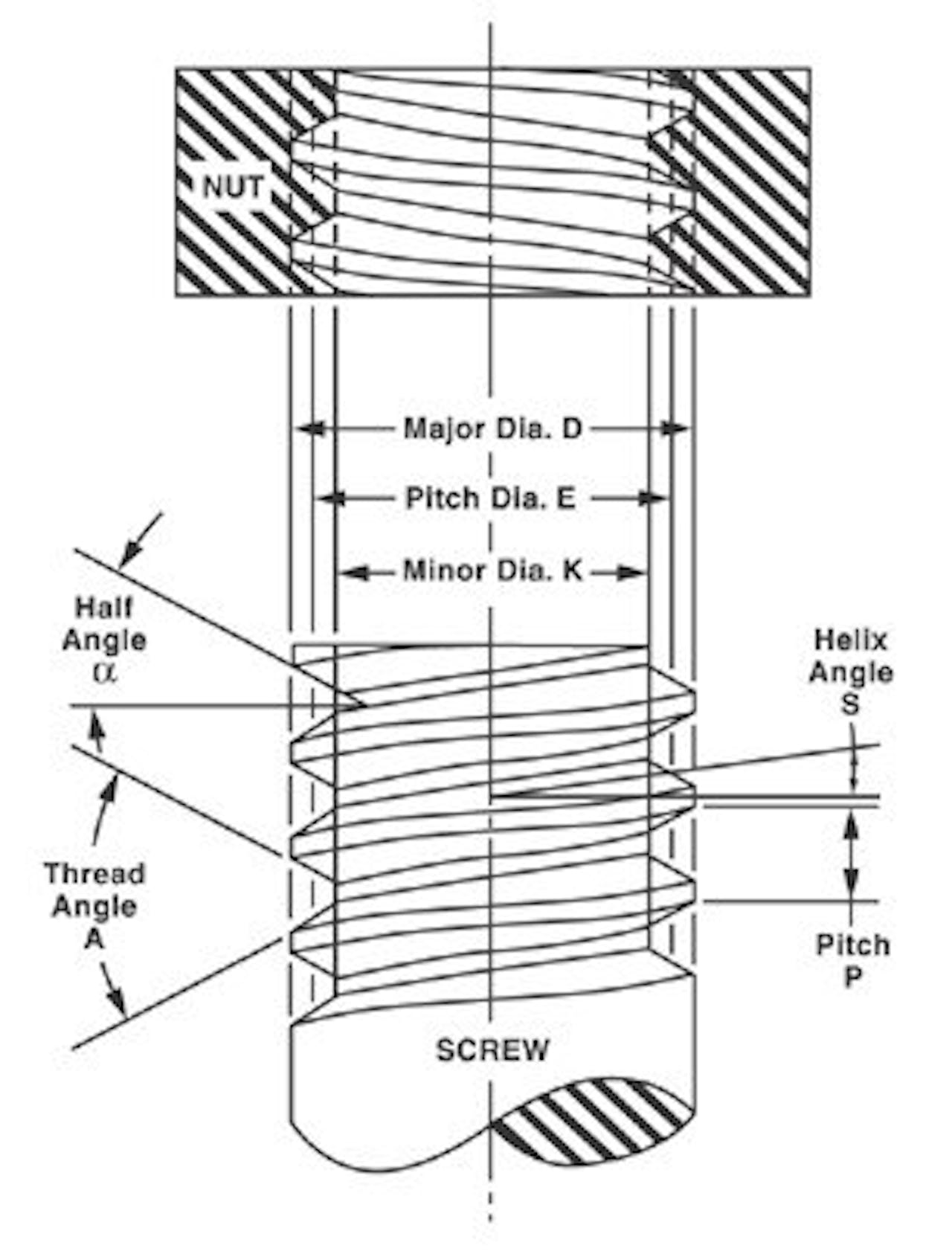